Setting up Codespaces IDE for puppet

After installing Docker-Engine and Docker-Compose, change directory into the corresponding tool you want to setup the environment for.

Then all you need to do is to run

This single command will initialize your Codespaces IDE.

To use Codespaces IDE, 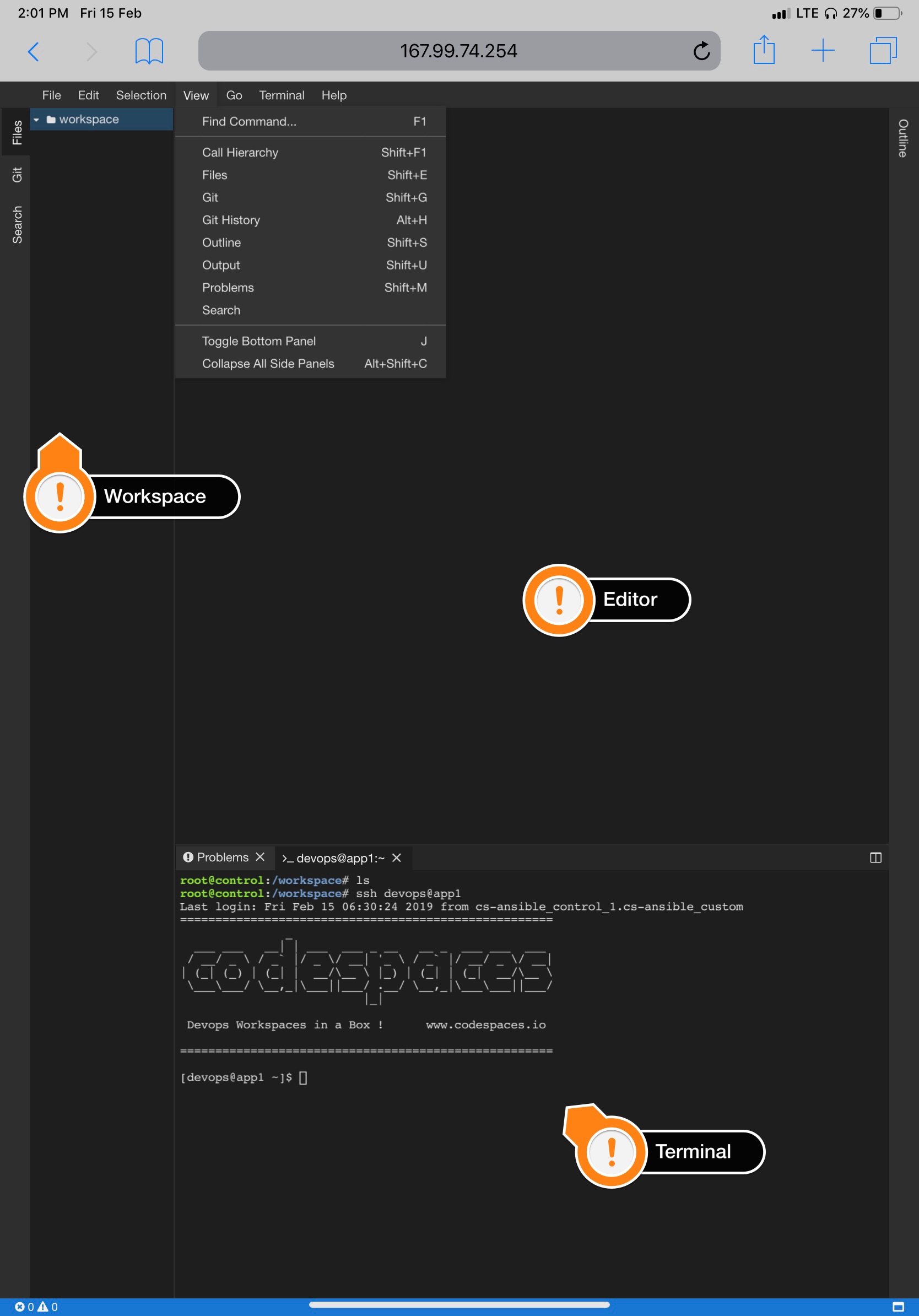 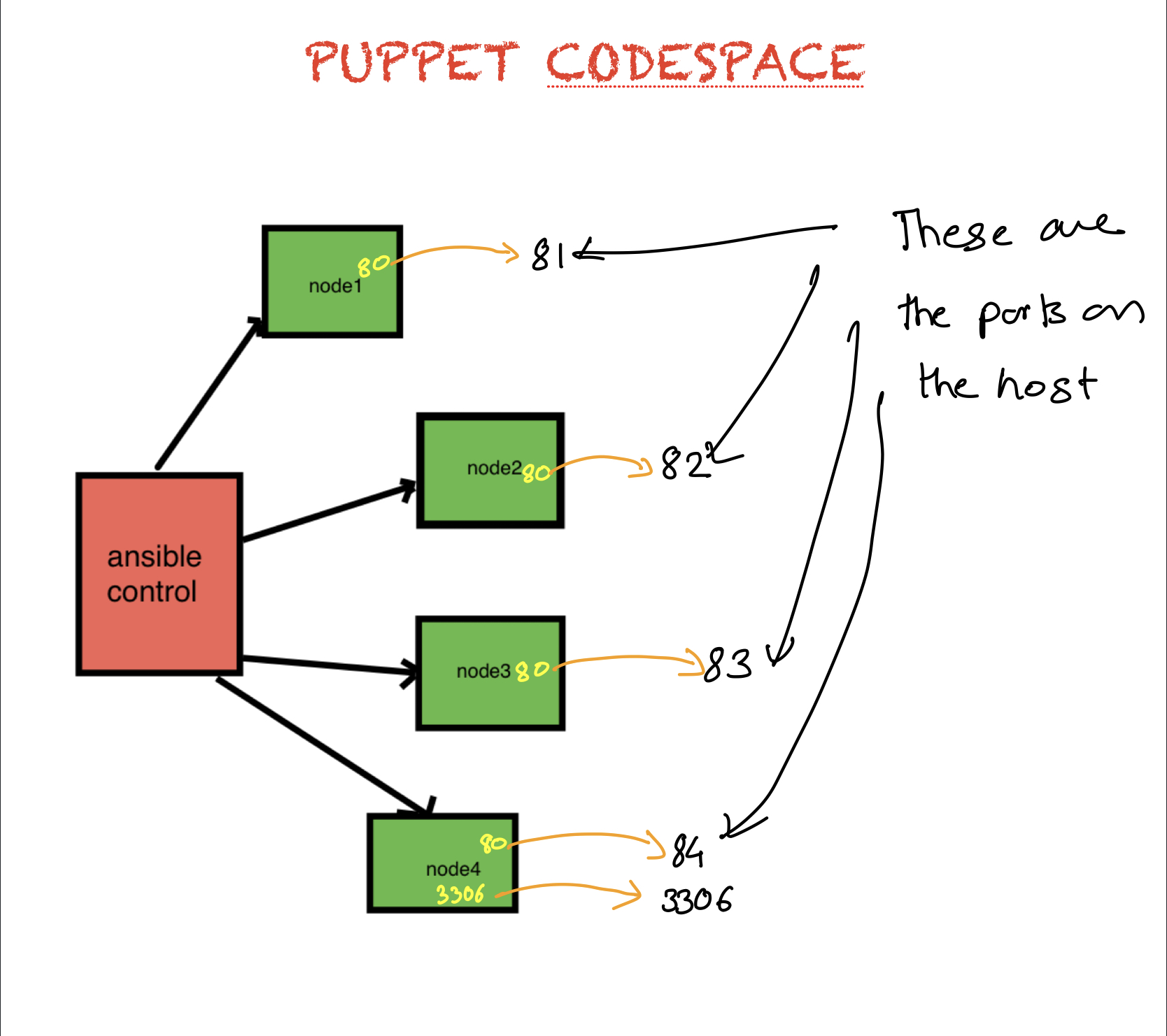 Once created, you may want to stop the codespaces environment, or at times might have to recreate it completely, or reset a certain node. This section describes how to do so.

If you would like to stop the environment created earlier, its as simple as the follows,

run the following from your codespaces directory

The above command will shut down the containers/bring those to stopped state. You could easily start it all again, by running the following command from the same directory.

Since this is a docker based environment, its easy to rest a node, or even the complete environment.

To reset a node,

In the above snippet of node, there are two nodes viz puppet and node1

Replace the name of actual node with lb. That should help you redo the node

To reset the complete environment,

The above command will recreate the nodes, without deleting your workspaces. Any files that you had created would still be available after you re launch the environment.